"If you want to act in Comedy, there is a lot more technique and skills required than you may first realize, and there is no better teacher in Portland, perhaps the world, that can teach this technique as well as Brooke Totman! Her class is also a blast, so you get a lot of great information and have a great time while learning it!"
- Hunter O.

Let’s face it, whether your advertising yogurt, laundry detergent or car insurance, almost ALL commercial work is comedic. And with the ever expanding industry of streaming networks, episodic sitcoms have never been more popular.

In the TV Sitcom Acting Series: Comedy Acting for Television and Commercials, the focus will be on adding comedic technique onto the foundations of truthful acting. Students will work exclusively on material from popular sitcoms and learn the craft of auditioning for commercials.

Comedy training involves letting go and allowing yourself to look ridiculous without self-judgment. It involves quick thinking and commitment. There's no faking in comedy and because of this, a wonderful sense of freedom.
​
Whether you’re just starting out or already working in the business, adding comic training to your actor toolbelt can help you expand your casting options, bolster confidence and bring a sense of play to your work. 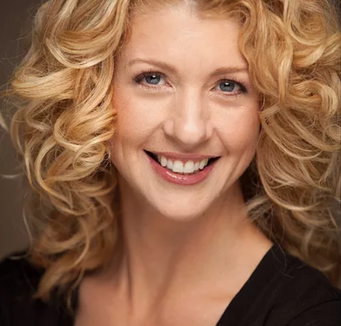 Brooke Totman is an actor, writer, director and acting instructor, and also teaches at the Rooney/Totman studios in Portland, OR.

After receiving a degree in theater performance, Brooke moved to Los Angeles to train at acclaimed sketch and improv company, the Groundlings. Totman became a member of the Groundlings Sunday company - writing and performing sketch comedy for a live audience on a weekly basis.

During it's 5th season, Totman joined the sketch comedy show MadTV, as a featured cast member. Other selected TV and stage credits include: The King of Queens (CBS), Less Than Perfect (ABC), Judging Amy (CBS), Life After First Failure (The CW), Portlandia (IFC), Detroit (Portland Playhouse), Sisters of Mercy (Portland Center Stage), Bath Night (Shaking the Tree Theater), and Ferraro/Totman (Defunkt Theater).
​
Brooke is currently starring in the critically acclaimed series, The Benefits of Gusbandry on Amazon. She is also founder of the Sketch Comedy company, NIGHT BUS, a character-driven ensemble celebrating the weird and wonderful. Brooke writes and acts in the company and also serves as it's director.