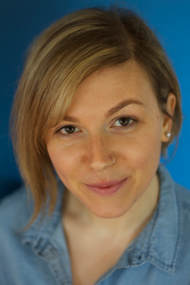 Lacy Todd grew up attending theater camps, performing in a traveling improv group, starring in school plays and playing dress-up. As an adult she brings her youthful enthusiasm to all she does. For the last 6 years Lacy has been producing and directing original theater productions as well as a touring sketch comedy show, “Festival the Show.” As part owner and contributor at the Portland based production company, FlopHaus Productions, Lacy has transitioned into creating and producing online video content. She specializes in writing and directing comedic shorts but has also gotten her hands dirty in everything from pre-production to post. She has collaborated with Elixir Motion Pictures, Oregon Coast Council for the Arts, Portland State University, Ultra Spiritual and Creatington Studios.

When approaching new projects, Lacy pulls from her myriad experiences in the performance world, including her time spent as a writer and ensemble member of the The Pinup Squirrels, a New York City based sketch group; her training and performance creation at the New England Center for Circus Arts (she studied and created acts in Physical Theater and Chinese Pole); her experience at the Echo Theater in Portland, OR.; and her background directing and stage managing many circus and cabaret shows.
​
Beyond the realm of performance, Lacy studied Organic Agriculture and Permaculture at Pacific University, led backpacking and rock climbing trips for youth, and has worked as personal trainer and group exercise instructor.

Lacy studied long-form improv at The Upright Citizens Brigade, Storytelling at The Story Studio, Writing for TV at Gotham Writers, and video production and editing at Open Signal/Portland Public Media.