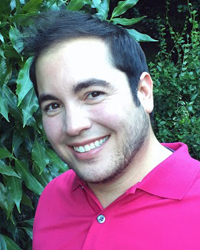 Growing expertise since 2000
As a creative tyke with a big personality, I was quickly drawn to art, gadgets and media. I started making my own home videos when I was barely able to read.

When the computer rage sparked in the early 90's, I found a new passion to add. I took classes in art, computers, photography and video production. At Georgia State University, I studied computer science with a minor focus in film studies, yet I was still craving more to learn. I won best film student of the year in 1997 and I continue to make compelling videos 20 years later.

I started dabbling in graphic design in 2000 and after my first job at Delta Air Lines and my next at America Online (AOL) Time Warner, I took my first leap into the role of Marketing and Promotions Assistant at the Journal Broadcast Group. I dove into web development, graphic design and marketing for 4 radio stations in Tucson, AZ. I found my niche. I found my passion. This was only the beginning.
﻿
I moved back to Atlanta, GA and continued to gain experience in multiple industries (technology, medical, sports, etc.) becomming an Adobe expert and highly skilled with all avenues of digital marketing, brand development, graphic design, web design, publications, digital media, SEO/SEM, web content writing, blogging, social media management, online ad management, photography and video production. If I didn't already know how to do it, I quickly taught myself how and then mastered it.

In December 2013, I moved to Portland, OR for a new adventure in the Pacific Northwest and founded Vision8Studio on April 8, 2014. I now have clients from all over the United States.

In late 2015, Vision8Studio went full-force into film production and currently has three film projects: Adventures in #Adulting (in collaboration with Crooked Brow Productions), All Around Us and Stella & Rocky. Stella & Rocky was a finalist at the 2017 Hollywood Screenings Festival.

In 2017, Vision8Studio started offering an array of services to local actors/actresses, including classes.

Tristan is no stranger on camera and has enjoyed compelling roles in feature films and shorts, including: In the Dark of Night, Runaway Highway, Slapped! The Movie, The Fear of the Bottom, SHOJOE, Kung Fu Sleepwalker, The Alchemist Coterie and The Viewer (just to name a few). He also has appeared in several commercials, industrials and featured in several TV shows. Tristan is also a voice over actor.

He is the director, writer, producer and lead actor, Corey Caruso, in the 2017 episodic web series Adventures in #Adulting.

​You might even recognize him from one of his multiple commercial spots as the weather and traffic app man on KGW 8 Portland.

A native of Atlanta, GA, Tristan's first step into Portland spotlight came the summer of 2015 when he took Twilight Theater Company's stage by storm as the lead, Henry Thompson, in Looking for Olivia by local playwright Steve Coker. He then appeared in several stage musical cabarets and was the Assistant Director of The Heidi Chronicles.

Tristan is represented by Jason Jeffords at ARTHOUSE Talent and Literary/Portland and Dustin Wilsor at MAM/Seattle and managed by Sal Kuyateh in NYC.