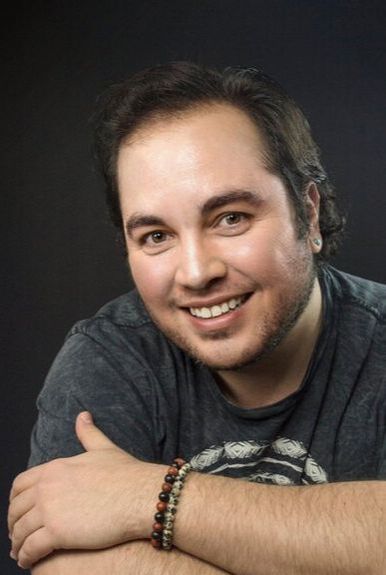 Professional Bio and Vision8Studio's Story
Scroll down for Acting/Film Bio
As a creative tyke with a big personality, I was quickly drawn to art, gadgets and media. I started making my own home videos when I was barely able to read.

When the computer rage sparked in the early 90's, I found a new passion to add. I took classes in graphic design, computers, web coding, photography and video production. I won best film student of the year my Senior year of High School and I continue to make compelling videos 20 years later.

​At Georgia Perimeter College, I studied Theatre, Acting and Computer Science. I then moved on to Georgia State University where I continued with Computer Science and added Film to my studies.

I started dabbling in graphic design in 2000 and after my first job at Delta Air Lines and my next at America Online (AOL) Time Warner, I took my first leap into the role of Marketing and Promotions Assistant at the Journal Broadcast Group. I dove into web development, graphic design and marketing for 4 radio stations in Tucson, AZ. I found my niche. I found my passion. This was only the beginning.
﻿
I moved back to Atlanta, GA and continued to gain experience in multiple industries (technology, medical, sports, etc.) becoming an Adobe expert and highly skilled with all avenues of digital marketing, brand development, graphic design, web design, publications, digital media, SEO/SEM, web content writing, blogging, social media management, online ad management, photography and video production. If I didn't already know how to do it, I quickly taught myself how and then mastered it.

In December 2013, I moved to Portland, OR for a new adventure in the Pacific Northwest and founded Vision8Studio on April 8, 2014. I now have clients from all over the United States.

In late 2015, Vision8Studio went full-force into film production and currently has three film projects: Adventures in #Adulting, All Around Us and Stella & Rocky. Stella & Rocky was a finalist at the Hollywood Screenings Festival (2017) and a selection at the AM Egypt Film Festival (2017).

In 2017, Vision8Studio started offering an array of services to local actors/actresses, including classes.

Vision8Studio is lead by years of expertise and also encompasses hand-picked individuals who have mastered their craft in the film/acting industry to give you a powerhouse team! 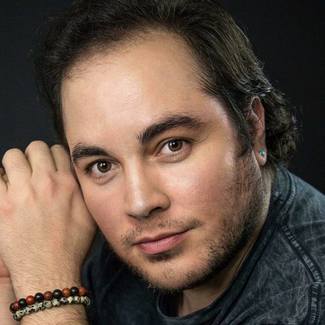 Atlanta native Tristan David Luciotti is an American film and voice over actor, director, screenwriter and producer. Tristan is the owner of Vision8Studio in Portland, OR which is a prominent acting and film production studio.

He is the director, writer, producer and lead actor, Corey Caruso, in the episodic web series Adventures in #Adulting - releasing Fall 2018.

While he enjoys comedy and is naturally comedic, Tristan has a wide range and is equally drawn to dramatic roles.

Tristan was featured in a couple of TV shows, including Portlandia, Grimm and The Librarians. You might even recognize him from one of his multiple commercial spots as the weather and traffic app man on KGW 8 Portland.

Tristan started acting at the age of 5 and his first time on TV was in a McDonald's commercial. Tristan also appeared on stage in countless plays every year from elementary through high school and some in his early college years. During his youth, he also appeared in several indie films and studied modeling/acting with John Casablancas in addition to being coached by 4 prominent acting teachers and being signed with ELITE Model Management.

In college, Tristan studied Theatre for the first year, then switched to Film Studies at Georgia State University. After graduation, he took a hiatus from the industry for several years and only accepted a few select roles in several projects. He spent that time building up his corporate career until he moved from Atlanta, GA to Portland, OR in December 2013. In early 2014, Tristan decided to pursue his acting career - his true passion - with full force.

His first step into the Portland spotlight was at Twilight Theater Company when he played the lead, Henry Thompson, in Looking for Olivia. He then appeared in several stage musical cabarets and was the Assistant Director of The Heidi Chronicles. Tristan decided to focus primarily on-camera and step away from the stage in 2016.

Tristan is also a filmmaker and will wrap his full feature documentary, All Around Us which will premiere Spring 2019. His short documentary film Stella & Rocky is currently available to watch on Amazon Video (free for Prime members) after a successful festival run.

Tristan is represented by Jason Jeffords at ARTHOUSE Talent and Literary/Portland and Dustin Wilsor at MAM/Seattle.
FAVORITE ACTOR: Tom Hanks and Denzel Washington
FAVORITE ACTRESS: Rachael McAdams and Kate Winslet
FAVORITE FILM: The Lord of the Rings: The Return of the King
FAVORITE TV SHOW: Schitt's Creek, Once Upon a Time, and The 100
FAVORITE PLAY: Boeing Boeing by Marc Camoletti
FAVORITE MUSICAL: RENT
FAVORITE ACTING TECHNIQUE: Meisner and Strasberg's Method Acting
WHAT MOTIVATES YOU? The very act of creating is where I find passion. I'm also motivated by my unquenchable thirst to always learn more.
WHAT DO YOU LOVE MOST ABOUT TEACHING? Sharing my personal knowledge and experience paired with directing (whether mock on-camera auditions or scene study), then watching my students grow in their careers. When they land a role, have a successful audition, get a talent agent...I'm just as excited as they are! When my students walk out the door, I'm still working hard for them on the sidelines.
BEST QUOTE YOU'VE EVER HEARD: "Do not go where the path may lead, go instead where there is no path and leave a trail.​" - Ralph Waldo Emerson
YOUR DREAM ROLE IS: I would love the opportunity to star alongside Tom Hanks in a film.