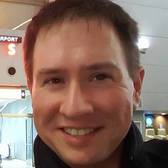 Born and raised in the Northwest, Steven has been an avid motion picture and television fan for many years. With a college degree in Television Production, Steven has spent almost 2 decades involved in Community Access TV productions. Moving on to film, he is exploring his creative side with his own projects as well as assisting others by being a part of theirs.