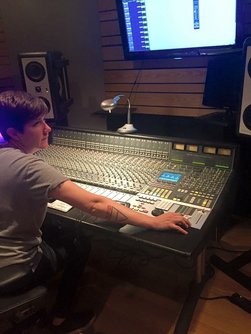 Christiann Burch is a sound engineer and music composer originally from Orlando, Florida.  She grew up in a musically gifted family and taught herself to play guitar, bass, drums and keys. During her early thirties, she was the lead singer and rhythm guitarist for female punk rock band Shut Up Lita.

​After graduation she interned at Clear Tracks Studios in Clearwater, Florida and went on to become a lead recording engineer at North Avenue Studios in Deland. Today Christiann works as Freelance Sound Designer, Music Composer and Recording Engineer in the Portland, Oregon area.