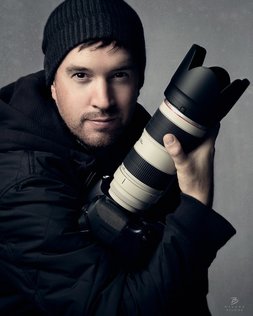 Brent Lucas starting photographing his childhood adventures at the age of nine, leading to an interest in filmmaking by his early teenage years.  It started with choreographed pet films and led to creating entertaining skateboard videos with comical stunts well before Bam Margera and the Jackass crew were popularized on MTV.  Brent would negotiate with his teachers to allow him to convert his homework assignments into video projects whenever feasible.

After high school, from tourist destinations to combat zones, Brent traveled to various countries throughout the world gaining perspective, but his most cherished time were the years spent learning at the “school of hard knocks” while living in Brooklyn, NY.

Known for being an accomplished photographer and filmmaker producing images for businesses, he’s been found on the sets of clients such as AT&T, Keen Footwear, Columbia Sportswear, and OHSU, but he’s just as likely to be shooting a head shot or wedding somewhere.

Brent has been involved in the production of short films, marketing ads, web series, and the feature length film, Riders on the Storm (2017).

​Brent is also the founder of B. Lucas Studios.