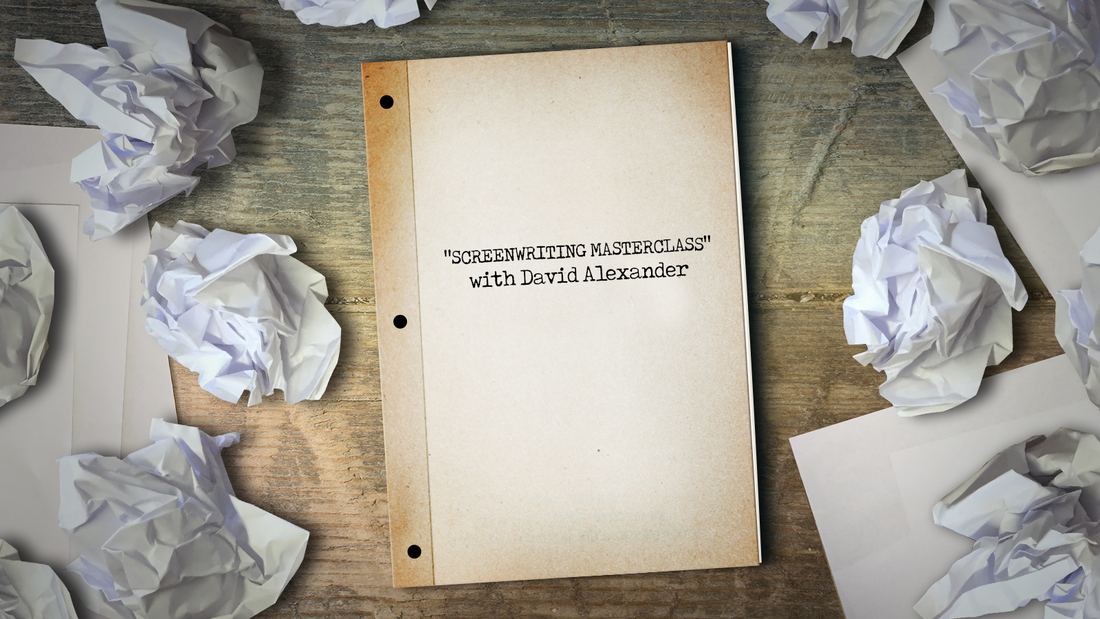 “Don’t get it right, get it written.” I believe that saying came from Michael Hauge. Of course what he meant is push through that first draft. Getting it right is for rewrites, and it’s a mantra I try to live by.

Okay, now you’ve gotten through your first draft, the story is on the table, you’ve got it written, now how do you get it right? Maybe you’ve done a couple of drafts but it still isn’t working.

We’ll revisit story structure, set up, how to keep that long second act moving, character development, problems with dialogue, what to cut, what to keep, and what to change. We’ll talk about problems with action/description lines.

Scenes - when to keep them and when to cut them. Have you written a satisfactory ending? Of course we will address specific script problems that each of you may have. Let’s not forget theme, lots to talk about there! We’ll also discuss
parts of the business of writing screenplays, and questions you may have about that.

By the time this Masterclass completes, you’ll come away with some more tools in your writing bag. However, there’s nothing I can do about talent, that’s a tool you’re born with... but one you can polish and that’s what this class is all about.

As a theater major directly out of College, Portland State, David Alexander went to work for KATU-TV, the ABC affiliate in Portland. There he wrote, produced and hosted a daily TV show. After two years he moved behind the camera and started directing.

He was with K2 for five years before going to work at a regional advertising company as their Broadcast Creative Director. He wrote, produced, and directed TV and radio commercials for clients in Vancouver, B.C., Seattle, WA, and Portland, OR.

David opened his own production company, writing, producing, and directing TV and radio commercials, corporate films, training films, documentaries, you name it, for clients such as Georgia Pacific, Boise Cascade, a number of advertising agencies, N.W. Pulp and Paper Industry, and dozens of others. During this time, David was one of the founding fathers of the Oregon Media Producers Association.

David left for Los Angeles to chase a screen writing career. There, David has “Written By” credits for six produced television movies, and one feature. One for CBS, Anya’s Bell, for which he received a Humanitas Award Nomination, along with various other awards. In a Hallmark film, A Grandpa For Christmas, Ernest Borgnine received a Golden Globe Nomination for saying the lines David wrote. The feature, Prison Heat, was written for Global Productions, a
subsidiary of Cannon Films. Coming home, he was the head writer on Combat Report, a successful limited series produced by 180 Films. Also working with 180 Films and Dark Horse Productions, David has written the feature script, Reme’s Run which is in co-development with 180 and Dark Horse. And as of last week, he has a new one in development with Hallmark.

David is a member of the WGA West, has taught screen writing at various community colleges, was a mentor for an online program for the WGA which helped writers from all corners of the world. David has been a story teller of one kind or another his whole career, has even told stories for The Moth on stages in Portland, New York and Seattle.