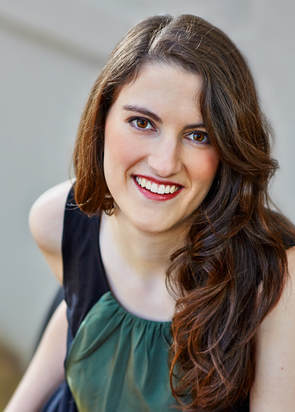 Samantha Marie Cook is a Portland based actress who has loved performing all her life.  She has been actively pursuing a career in acting since the age of 8, and has had the privilege of studying  at several prime institutions such as the Oregon Shakespeare Festival and St Mary’s University in  London, England.  She graduated with academic honors from Tualatin High School in 2010, and proudly earned the rank of International Honor Thespian.  In 2014 she graduated from The University of the Pacific in Stockton, California with a Bachelor’s Degree in Theatre Arts, Concentration in Acting, and a Minor in Film Studies.
​
Being a Portland native, Samantha is thrilled to be back working and educating in the Pacific Northwest.  She continues to work in both live theatre and in film and television.  She has had the pleasure of working on sets of many local series and films such as The Librarians, Grimm, Portlandia, Lean on Pete, and Netflix Original: Everything Sucks.  She is currently employed with the Murder Mystery Company- Portland Troupe, and continues to explore independent theatre and film projects.

“My main mission is to provide educational experiences and create a supportive learning environment for any performer who seeks to grow in their craft and further pursue their career in the arts.