"MOVEMENT FOR ACTORS"
​Intro to the Alexander Technique and Viewpoints

Are you aware of what your body is doing while you're acting? Are you using it to embody your character, or are you falling into physical ticks that hinder your ability to truly connect? Body-awareness for actors is often overlooked as part of acting training, but can be one of the most crucial elements in becoming a well-rounded actor. The Alexander Technique and Viewpoints are two great approaches to ensuring that your character and their story is not only being told vocally, but physically as well. After finding your body's neutral position, we can explore what effects other actors and the acting space can have on the creation of character and the most effective way of physically expressing yourself.
$30
May 15th - 7:00 PM - 9:30 PM
Add to Cart - $25 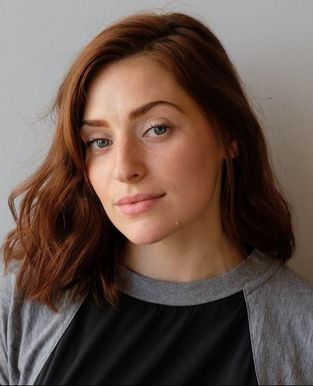 Sam Bangs began acting at age 8, and lifting weights at 13, in a small town in southern New Hampshire. After graduating high school, Sam attended Marymount Manhattans Musical Theatre Program before transferring  into the University of Miami's Acting Conservatory with a minor in film. She is a graduate of the University of Miami's Acting Conservatory program where she studied the Alexander Technique and Viewpoints in both Movement specific courses and acting classes.

Her senior year, Sam was part of a production of Charles Mee's "Big Love" in which the primary blocking was created through Viewpoints exercises. Post-graduation she moved to LA and became production manager for a weight loss documentary. After interviewing so many leaders in the fitness industry, she was inspired to become a certified trainer as a compliment to her acting pursuits. Sam has amassed multiple theatre, film, and commercial credits, including a featured role in Dean Devlin's upcoming film Bad Samaritan.

www.sambangs.com | www.momsohardpdx.com
Contact us if you would prefer to pay via cash or check.