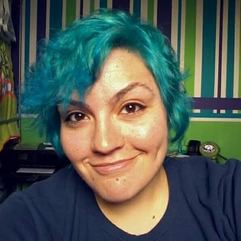 Genevieve is delighted to be fulfilling her life-long dream of making movies after many years working in movie theaters and video rental stores.

She graduated from The LACC Theater Academy in Los Angeles, California, where she studied many aspects of theater tech with an emphasis on stage management.
​
After college she moved into filmmaking, working as a grip until she found her fit as a Script Supervisor. She then had the wonderful opportunity to study the craft of script supervising with Dawn Gilliam (Star Wars: The Force Awakens), when she took her 12 week course The Art of Continuity.